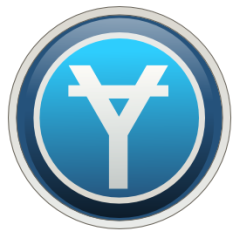 Yacoin was started on May 5, 2013 as “Yet Another Coin”. A couple of months later it was officialy renamed to “Your Alternative Currency”.

YAC uses a modified version of scrypt algo – N factor scrypt, it is a hybrid PoW/PoS coin. Main YAC feature: Hashing algo has been changed from scrypt(1024, 1, 1) to scrypt(N, 1, 1). Parameter N increases over time making HW or GPU implementation more and more impractical (but yet possible).

YACoin, with its current value of N=32768, uses 4 MB of memory (no commercially-available GPU has a compute unit local memory of this size), thus most data ends up in the much slower shared global memory. As such, YACoin is one of the very few alt coins that can be mined efficiently on a CPU.

In August 2013, the “Coin Control” feature was added to YACoin which enables users to control which addresses are used for their transactions and can help conserve coin age and privacy.

This entry was posted in YAC - Yacoin. Bookmark the permalink.