The problem that Humaniq intends to solve – is how to connect the world’s two billion unbanked to the global economy, with all the benefits this provides them.

Humaniq will provide blockchain-based financial services and access to the global economy to users in emerging economies via a mobile app. We believe this app can create a huge network of users who will access services such as insurance, P2P lending, remote work, and small business loans, all provided by third party companies who will plug into Humaniq’s API.

Humaniq is using the well-established architecture of Ethereum, rather than a proprietary blockchain, as the basis of our platform. For this, it is creating its own exchange-tradeable token – HMQ. In addition, Humaniq system will also be able to handle transactions in ether, bitcoin and possibly other cryptocurrencies. 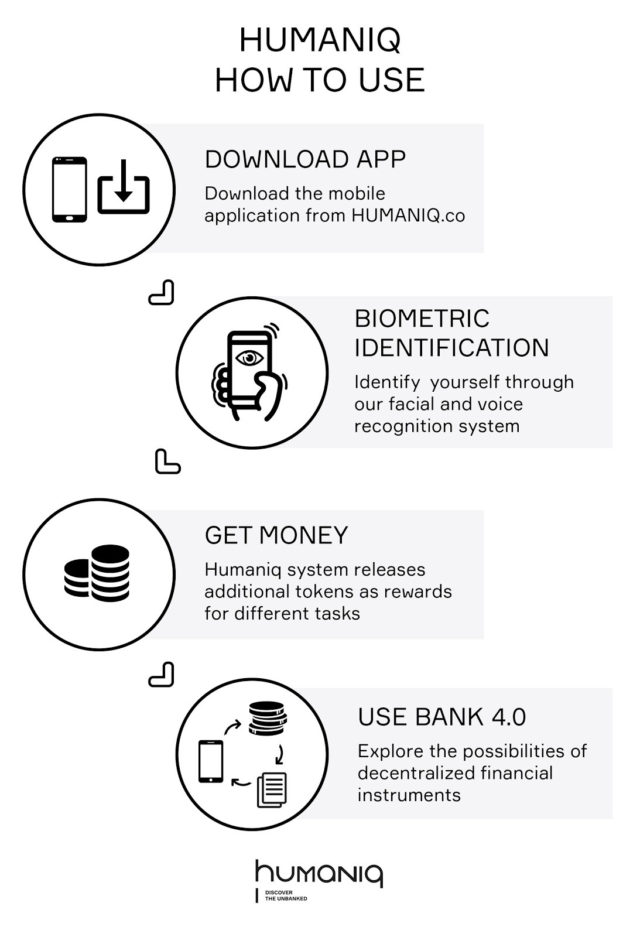 Humaniq’s ICO will start on April 6th and last until April 26th.

This entry was posted in Alternate cryptocurrencies, Humaniq, ICO and tagged humaniq, ICO. Bookmark the permalink.